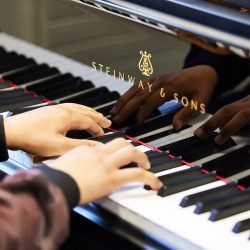 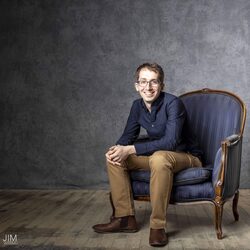 Since performing at the Wigmore Hall at the age of sixteen, Ryan has played in many distinguished venues throughout the UK and abroad in Canada, France, Germany, Japan, Spain and Switzerland. His performances have also been broadcasted live on BBC Radio 3 and Medici TV. Ryan graduated with an Artist Diploma and MMus with distinction from the Guildhall School of Music and Drama, and a first-class BMus (Hons) from the Royal Northern College of Music where he was awarded the Alfred Clay Scholarship for achieving the highest mark in an undergraduate final recital. He won the RNCM Concerto Competition, subsequently playing Tchaikovsky’s Piano Concerto No.1 (Op.23) with the RNCM Symphony Orchestra in the Bridgewater Hall in Manchester. Previous tutors include Ronan O’Hora, Martin Roscoe, Helen Krizos and Seta Tanyel.

More recently, Ryan performed Prokofiev Piano Concerto No.3 with the Guildhall Symphony Orchestra at the Barbican Hall and was a quarterfinalist in the Leeds International Piano Competition. Ryan received first prize in both Brant International Piano Competition and the piano category of the Tunbridge Wells International Young Concert Artists Competition, and was awarded the Yamaha Music Foundation of Europe Scholarship and the Carnwath Scholarship. Ryan was also a recipient of the Yehudi Menuhin English Speaking Union Scholarship, enabling him to attend the prestigious Piano Masterclass International Series at Banff Arts Centre in Canada. He has also studied alongside Michel Beroff, Jonathan Biss, Nelson Goerner, Richard Goode, Noriko Ogawa, Murray Perahia, Pascal Rogé and Kathryn Stott.

Away from the piano, Ryan loves to read and lives with his partner (Sarah), his food-obsessed Labrador (Winnie) and his typically self-entitled cat, Nala. 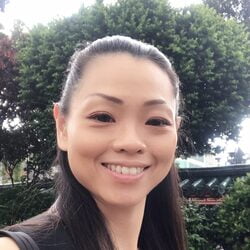 Kristin Lien was born in Taiwan in 1978. She undertook her initial studies at the Kuang-Jen Music School as a pupil of Anita Cheung and won numerous prizes and awards for both piano and cello. In 1995 she was awarded a Music scholarship to Durham School and she later became Durham Young Musician after a recital in Green Palace, Durham.

In 1997, she was awarded an entrance scholarship to the Royal Northern College of Music, where she learnt with Carole Presland. During this time, she performed in numerous concerts as both soloist and accompanist, also appearing in Masterclasses with Anne Queffelec, Ronan O’Hora, Martin Roscoe and Renna Kellaway. Kristin was awarded the Gordon Green memorial award and the “Anne Cantelo” Scholarship in 2001.

Between 2002 and 2003, Kristin achieved her Postgraduate Diploma and the Professional Performance Diploma at the RNCM. Since then, she has continued with her professional development training by completing her PGCE and was awarded Certificate of Teaching (CTABRSM) by the Associated Board of the Royal Schools of Music in 2012.

As a highly committed teacher, she is now a member of staff at Junior RNCM, Yorkshire Young Musicians, Bowdon Preparatory School and the Bolton School.

Gemma Salmon, originally from South Devon, studied piano at the Royal Northern College of Music with Paul Janes and graduated in 2009.  As well as teaching for Yorkshire Young Musicians at Leeds Conservatoire, Gemma works as a peripatetic piano tutor at The Manchester Grammar School, Manchester High School for Girls and at a private music school called The Music Place. She has also been a deputy teacher at Junior Royal Northern College of Music.

She has also worked for a specialist music theory website developer, writing content and recording scripts for educational videos. Gemma has a keen interest in music marketing, having previously worked with The BBC Philharmonic Orchestra, at the RNCM and on other musical projects. 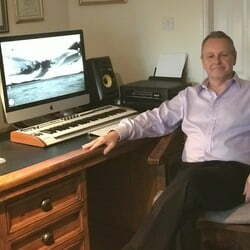 John is a graduate of Surrey University where he studied piano with Peter Croser and since then has worked solely in music. He has been involved in music education for thirty years and has considerable experience as both a classroom and instrumental teacher. He has worked as a peripatetic piano teacher for Hull Music Service, held the position of keyboard and musicianship tutor with East Riding College and taught Music Tech A level at Wyke College. His current work includes piano tutor at Pocklington School and A level examining for Edexcel.

Throughout this time John has enjoyed a busy performing schedule as a freelance pianist / synthesiser player, and has an artist management contract with The Animal Farm Music (London) for his original compositions. 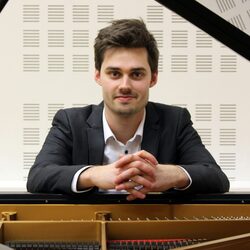 Adam performs as soloist throughout the UK and the Channel Islands, with past venues including Hull City Hall, Beverley Minster, St. Paul’s Covent Garden and St. Martin-in-the-Fields. His wide-ranging repertoire spans from music of the 16th Century to the current day. In 2016 he gave one the first UK performances of Thomas Adès’ Variations for Blanca, and in 2019, the world première of Tom Harrold’s Crux. Concerto performances include Saint-Saëns’ Le carnival des animaux, Grieg Piano Concerto, Rachmaninov No. 2, Mozart K. 488, Brahms No. 2 and Schumann Piano Concerto.

Aside from his solo activity, Adam has played as an orchestral pianist under the direction of Chris Adey and Sir Mark Elder at Bridgewater Hall. He also conducts St. John’s Festival orchestra, with whom he has directed performances of much of the standard symphonic and concerto repertoire, including both Brahms Piano Concertos. Adam is currently a piano tutor at Chetham’s School of Music and Yorkshire Young Musicians, and an examiner for ABRSM. In his private teaching practice, he has had a number of students go on to study at both Chetham’s and RNCM.

Having first taken up the piano under the guidance of his mother, Adam went on to study with Irina Glushenkova. He holds a bachelor’s with honours and two postgraduate degrees with distinction from the Royal Northern College of Music, during which time his teachers were John Gough and Dr. Murray McLachlan. While at the RNCM, he was a recipient of both Drapers’ and Oglesby Scholarships, winner of the Norman George Scholarship and Fergal O’Mahony Undergraduate prizes, and Gold Medal finalist. He also benefitted from lessons and masterclasses with Philippe Cassard, Andrei Diev, Michael Lewin, Martin Roscoe, Barry Snyder and Kathryn Stott, among others. 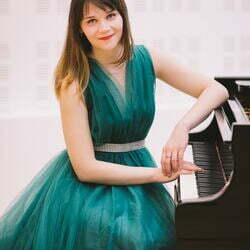 Greta Gasser is a Romanian-born British pianist currently residing in the Manchester, United Kingdom. Since coming to the UK, she has given recitals in many churches and venues, including St. Martin in the Fields (London), Lansdowne Club (Mayfair), St. Ann’s Church, St Emmanuel’s Church and the RNCM Concert Hall (Manchester). Greta has also been involved in various musical projects which have included collaborating with musicians when performing in Spotlight Concerts, Recital Series, and competitions.

Always interested in expanding her experiences with exciting projects, Greta has played the piano in the ITV Series Victoria as a hand double for Jenna Coleman starring as the young queen (UK, 2016).

Greta is also a passionate piano teacher who loves to help her students achieve their musical potential. Apart from teaching at Yorkshire Young Musicians, she is running her own music teaching studio (Gasser Music Studio), delivering music workshops, and teaching at Manchester High School for Girls. Her students have a 100% exam success rate in all examinations enrolled.

Educational and outreach projects are also an important part in Greta’s musical interests. Some of these projects have included performing at the Bridgewater Hall for the Christmas with the Halle and for the Pre-Composing project, taking part in the RNCM Guinness World Record for the largest number of people simultaneously playing the same piano, performing for the RNCM/MMU Rosamond Prize, the SU Music for Health Scheme and RNCM Music in Hospitals.

She graduated with Master of Music with Distinction from the Royal Northern College of Music (RNCM), where she studied Piano Performance under the distinguished teacher Helen Krizos. Greta has also studied with Frank Wibaut at the RNCM, Gabriela Nemes and Roxana Sava at George Georgescu Special Music and Arts High School, and Diana Brătan at the PianoForte Music School (Romania). She was prize winner of the ‘George Georgescu International Music Performance Competition’ (Tulcea 2003-2011), the ‘W. A. Mozart International Music Competition’ (Targoviste 2008), and The Romanian National Olympiad of Music Performance (2003-2010).

Any questions?
If you have any questions about applying to YYM, how we might be able to help or any general enquiries feel free to contact us:
Contact How to apply FAQs